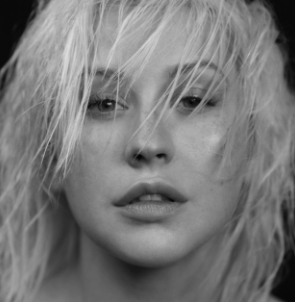 On one studio album.

A concept album of sorts?

Christina Augulera is back with Liberation.

(1.) Liberation
A short prelude to the rest of the album, Liberation features a haunting minor key melodic line that supports the vocal melody.

(2.) Searching for Maria
A quasi intro to the next number.
Quotes the Sound of Music song “Maria”. Slow. Builds up tension.

Does not conform to traditional pop structure.

Because sometimes you gotta make a statement epic.

Because creativity meshes with the political.

Especially in this information-saturated digital age.

(4.) Sick of Sittin’
Bass and beats. Recorded live, this anthem is all about rhythm. All about the feeling.

(5.) Dreamers
Young girls share their dreams in this spoken word, less than one minute clip. Music is a way to advocate for social causes. Why not do it on an album? As a prelude to the next anthem.

An anthem to girls and women everywhere, this collaboration between two powerhouse women in music is what females need to hear.

Seductive rhythm. The drum beat is more of a feeling than a sound. The vocal melody features fast singing in contrast. Because attraction.

Sentimental ballad. Crazy love for the synth strings, melody and inspirational rising bass lines. One of my favourite tracks on the album. Melody is beautiful. The song opens with the chorus before transitioning to the first verse.

(10.) Twice
Minor key ballad. Twice is a song about doubt. Constantly second-guessing. The chorus lyrics feature beautiful imperfect rhyme: Well, sometimes I wonder what is the meaning of my life/ I found the price of love and lost my mind / I will forgive them all of my wrongs and my rights / I’d do it all again and won’t think twice.

(11.) I Don’t Need It Anymore (Interlude)
Short and sweet transition between a slow ballad and the next upbeat track.

This B minor/D major track is a throwback to a 90’s-style slow jam.

Synth strings and bass.
Mid-tempo.
Reminds me of Deserve because both songs are recorded in the same key.
(15.) Unless It’s With You
True love. Breezy rhythms and melody. Vocal line ebbs and flows with the instrumentation, drawing the album to a close.
Liberation represents creative freedom and defies mainstream pop music conventions.

By incorporating elements of traditional pop music while experimenting with other genres, including R&B and musical theatre, Christina reminds listeners and creatives alike that we can and should express ourselves through creativity how we want.